Self Guided Tour of Lagos Island 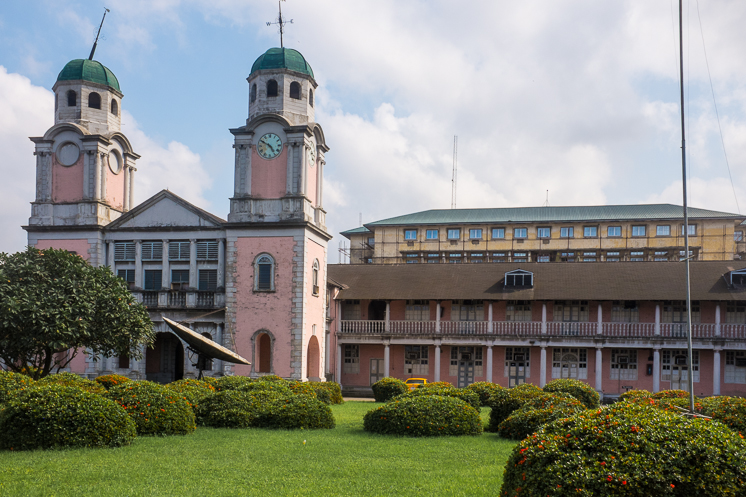 Crowd. Commerce. Seafood. Eyo festival. These are some of the ideas, encapsulated in words, which spring to mind at the thought of Lagos. However, there is more. A guided adventure into the city will reveal many hidden treasures. Lost in the dense forest of Lagos Island communal housing is a vast historical footprint decked in a tasteful architectural legacy.

Lagos Island boasts structures in differing styles ranging from Portuguese (locally Afro-Brazilian), British, French, Italianate and the Sierra Leonean style of architecture utilised by former slaves. The construction of these buildings was primarily done by local artisans who used hands-on techniques, especially on the façades which were designed to be exquisite and at par with buildings all over the world during that period.

Also known as the Casa Da Fernandez or the Ilojo Bar, the Olaiya patriarch purchased the property from the Fernandez family in 1933. It featured ornamental pilasters and window arches. Most of the glass in the balcony doors had been replaced by wood or cardboard and the wrought-iron balustrades were replaced with a striking primavera structure. For 161 years it stood regally at a corner of the Tinubu Square as an epitome of “Aguda” architecture before it was demolished in September of 2016.

Still sitting pretty on Igbosere Road, the 102-year-old building has undergone slight modifications over the years. Asbestos used to cover the original wooden ceiling and its façade has been rebuilt. Also concrete decking has been used to replace the original wooden flooring of the upper level. Regardless of recent work, it remains a striking edifice of Brazilian style. Don’t fail to notice the intricate detailing of the doorway.

117 years worth of history would add value to anything! After returning from America, the original owners ran the Sheffield and the Excelsior stores in Kakawa and Agarawu in central Lagos. The house was built with burnt bricks and polished planks. Its doorway, which cannot be found in any other part of historical Lagos Island, resembles that of a bank vault.

The Old Secretariat along Marina was constructed in 1906 as the administrative headquarters for the newly merged Lagos Colony and Southern Protectorate. It was built in an E-shaped form, reportedly in honour of Sir Walter Egerton. The bricks were imported and stamped with the armorial bearings (‘broad arrow’) of the Quartermaster General of Britain which are still visible today. Twin outposts rising from the main entry overlook the lagoon but the view is now obstructed by car parking and the link bridge to Eko Bridge. The extremely regal entrance hall depicts the grandeur of that era’s government that could only be seen in major civic buildings.

Designed by Herbert Macaulay for the original owner, P. H. Williams, a Lagos merchant whose parents travelled back to Africa from Trinidad. The building features a front door that opens to a large passage. This leads visitors to the living room, two adjoining bedrooms and a wooden staircase. The first floor has a similar floor plan as the floor below but with smaller passages and rooms.

LEGACY is the foremost historical and environmental interest group of Nigeria. The objective is  to preserve and promote the character and appearance of historic monuments, the environment and cultural entities in all parts of Nigeria. LEGACY does this through walkabouts, train excursions and road trips to historically significant places around the country.

A victim of the 2020 lockdown, LiVE! Lounge had to delay its grand opening until restrictions...