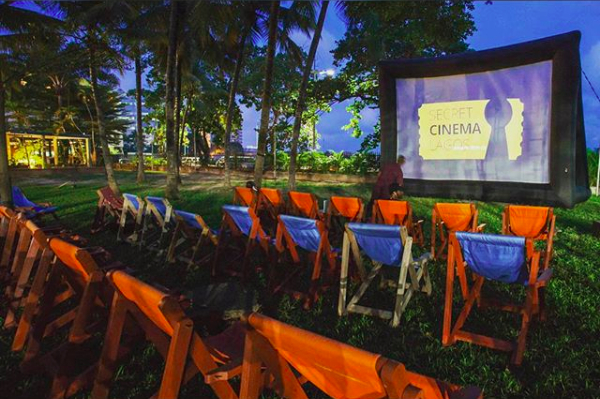 Film clubs bring together film lovers, enthusiasts, filmmakers and critics because of their love of film. With so many genres and types of films, there are quite a number in Lagos that you need to be at.

Neighbour-Hood Film Series
The series is a breakout endeavor of the Neighbour-Hood Project, an intervention centred on photographs designed to expand the narrative about Bariga, a Lagos neighborhood that had become associated with crime and gun-violence in people’s consciousness. The films are shown at a house in the heart of Bariga, on a calm street where children play outside even at midnight.

Indie View Lagos
A monthly short film screening event in Lagos, open to the public, which aims to push forward the conversation of world class filmmaking in Nigeria.

Film Sundays
Film Sundays is a programme of monthly film screenings of mostly independent films with interesting, controversial and enlightening topics and engaging plots with which the Nigerian audience can relate. The screenings, held on the last Sunday of the month, spark conversations and discussions about different societal issues that mainstream movies are inclined to steer clear of. Normally held at Studio of Modé.

Freedom Park Filmclub
Freedom Park is a memorial and leisure park dedicated to preserving the Lagos colonial heritage and history of the Old Broad Street Prison. The film club also aims to do this through film and discussion.

Is that Jazz
Apkass and The Jazz Hole present Is that Jazz, the music and book lover’s movie club. The regular film screenings draw an eclectic crowd to the famous Jazz Hole.

Picnic & Movie, Movienic
Due to the rains, they are on a break, but when the sun comes out, they’ll be back! For a small fee you can chill, picnic and watch a fun movie, all outdoors in different locations around Lagos. Look out for their posts so you don’t miss the next one.

Secret Cinema
Secret Cinema Lagos provides a cinema environment with a comfortable, classy, safe and approachable home feeling, but in the outdoor terrain.

It’s easy to forget that Lagos is a coastal city with a stunning coastline but sitting at the...