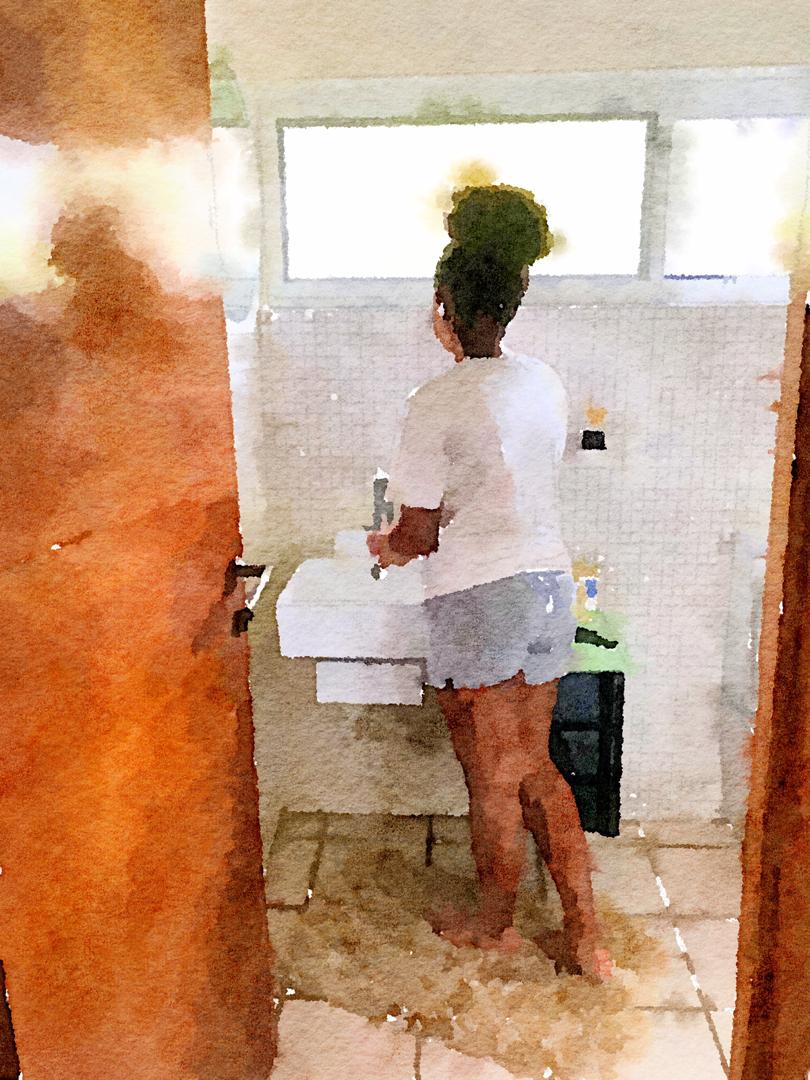 Ever since I can remember, I’ve had a few odd, little rituals. I don’t like stepping on sidewalk cracks. I check to see if the fridge doors are closed multiple times. I keep a fire extinguisher in my room, in case of an electrical fire, which has happened approximately zero times. Little things like that. But I’ve had by far the most idiosyncrasies around my hands.

No one, and I mean no one, washed their hands as much as I did when I was a kid. Touched my face? I had to wash my hands. Scratched my hair? I might get my books oily; better to scrub my hands, just in case. If my hands so much as brushed a surface, even a clean one, I felt a strong compulsion to locate the nearest available sink. It wasn’t about germs, really—sometimes I’d just let the water run over my hands for a few moments—but it felt like something that needed to be done, and I felt relieved after I did it. It was so natural that I hardly even noticed that this wasn’t normal behaviour.

About a year ago, my brother and I were hanging out as I got ready for bed. He noticed that every half-hour, I would absent-mindedly touch my face, immediately go to the bathroom to wash my hands, then return to what I was doing as though I hadn’t even moved.

‘That’s really weird’, he told me. ‘Your hands aren’t even dirty’. The more I thought about it, the more I realised that he was right. It was really weird. That didn’t bother me. Everyone has something that makes them strange, and I figured that mine was better than most. After all, the only negative effect I could think of was a persistent shortage of hand soap—something that wasn’t noticeable until this year.

Enter COVID-19, when people are drinking bleach and accidentally creating toxic chemicals trying to sterilise their homes. Compared to that, what’s washing your hands twenty times a day? Suddenly, my behaviour became normal. I was just like everyone else.

In fact, in observing other people, I’ve realised what it must feel like for them to observe me. When juniors at school avoided another student because ‘She’s Italian, and there’s coronavirus in Italy, so she must have it’, I looked at them, confused. What an odd thought process, I thought. That makes no sense. Is that what my family members have been thinking all along? After all, washing your hands after touching a clean countertop doesn’t make sense. Or, at least, it didn’t before. But now? Now that’s all changed. And I know why.

It’s always been difficult for me to focus on things I can’t control. That’s where most of my rituals come from, after all. When I think of a friend whose A/C exploded and caused a fire, I go downstairs and check if the oven is off. When I read a story online about a little kid who died of food poisoning, it compels me to check the temperature of the chicken dinners I cook again and again with a meat thermometer. And, yes, sometimes when I’d imagine my siblings, my parents or myself getting sick, I’d wash my hands. And then, without even thinking about it, it became a little ritual. It made me feel better about things that were out of my control. Now hardly anything is within my control.

I don’t know what will happen in my future when it comes to my education, my friends and family, or even my health. It’s scary. It’s hard to think about. But I can’t just keep washing my hands and trying not to think about it. Well, I’m still going to wash my hands a lot, with soap, since we’re in the midst of a pandemic. What I mean is that I’m not going to do it as some sort of weird ritual anymore.

Getting up in the middle of the night to check if the oven has somehow turned itself on isn’t going to save my family from a house fire. It could happen, even though it’s unlikely. And that’s not fun to think about, but it’s also life. Many of my friends left Nigeria when the pandemic began, and I don’t know if or when I’ll see them again. That’s life. My grandparents live halfway around the world, and all I can do is video-chat with them and pray that they don’t get sick. That’s really hard, and that’s life too. All I can do is accept the fact that I can’t control everything, and stop washing my hands so much. Starting in December.

Radha is an Indian-American and Nigerian aspiring writer and full-time nerd.