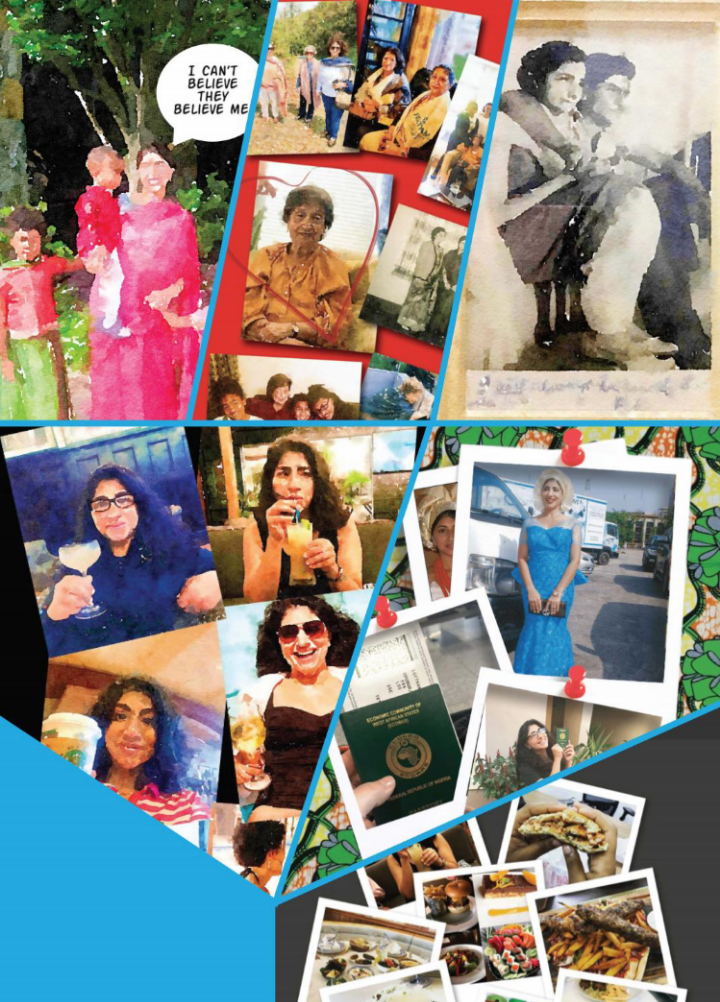 In 2016, I didn’t work outside the home. Exhausted by a quick trip to the grocery store, I was an often napping, homemaking mother of three who wore her nightie all day. Life had passed me by. I felt unequipped to do just about everything.

The founder of Lost in Lagos reached out to me that December. Tannaz was an acquaintance, the friend of a friend, and I wondered what she wanted. In early January, we met in Art Café. She was starting a magazine, she said, and hoped I would write for it.

Despite my misgivings, I was confident I could contribute an article. Before having kids, I had gotten a graduate degree in creative writing from a prestigious American program. I had cranked out dozens of stories and a short novel then and continued to freelance edit essays for student university applications. My skills hadn’t entirely eroded, I hoped.

I imitated a functioning human being and agreed to the job then realised with horror that Tannaz wanted me to write not just one article, but a monthly, recurring column. After a discussion, I became not just the featured columnist but also the editor.

Sometimes you say yes to something outside your comfort zone and your journey ends in catastrophic failure. But sometimes, as with my job at this magazine, you find the tools you need are already within you.

Still, there have been months when I struggle. Months where Olamide, the editor-in-chief, asks me to begin editing the copy, but I am still staring at the blank screen before me, stumped, yet to write my own column. Months where Tannaz begins worrying about the calendar, calculating the date we must get the magazine to the printer. Months where Diana, our graphic designer, asks when she can begin to work, and I still have not gotten a single word down.

We use the same themes each year, and some are creative wastelands. I ran out of things to say about design, Restaurant Week and music right away. How can I wax lyrical about design when I moved into my house 10 months ago and still haven’t unpacked? I can’t even think about hanging a painting without feeling overwhelmed and needing to lie down.

Restaurant Week is my own personal hell. How can something I enjoy so much—discounted dining in Lagos restaurants through November—be such a source of distress? Last year, I ended up writing an article about how my parents fell in love then tacked on a sentence about Restaurant Week at the end. It was about as off-topic as one could get, yet to my bewilderment, it was one of my most popular columns.

Music is the same. I am tone deaf. When I sing, my daughter giggles then begs me to continue, trying to keep a straight face. My voice is horrible. I have no rhythm. Who am I to opine on music? And yet I do, volume after volume, delving further and further afield.

This year, Olamide gave me happy news: “The theme of the September issue is no longer only music. It’s now music and entertainment.”

The tension I had carried all year lifted. Entertainment was uncharted territory! I could talk about my love of the movies, or my true love, eating snacks at the movies. I could talk about concerts. I could write about plays. I could write being cast as the daffy Indian sidekick on an Ebony Life sitcom. Maybe I could get creative and explore the podcasts I love, my favourite TV shows, sporting events, the sky’s the limit!

Something held me back, though.

Although my kids are now teens, the stay-at-home mom of toddlers who lazed around in her nightie for a decade still lives within me. That lady conserved energy. She was thrifty with her efforts. She would never burn through her ideas if they were a scarce resource, and it meant she would struggle for new ones in the future.

That Mona would have looked up from the reality TV show she was watching and say, “Why don’t you bank all your entertainment nuggets for next year? Keep them for when you’re in a tight spot. Just write about your creative process this time around. You are an entertainer of sorts, are you not?”

And I would listen, hopeful my readers would never notice that I had saved my fresh material for September 2021.

Lagos is abundant with brands that stand out, from fashion and home to beauty and fragrance;...