The Best Coffee Ever 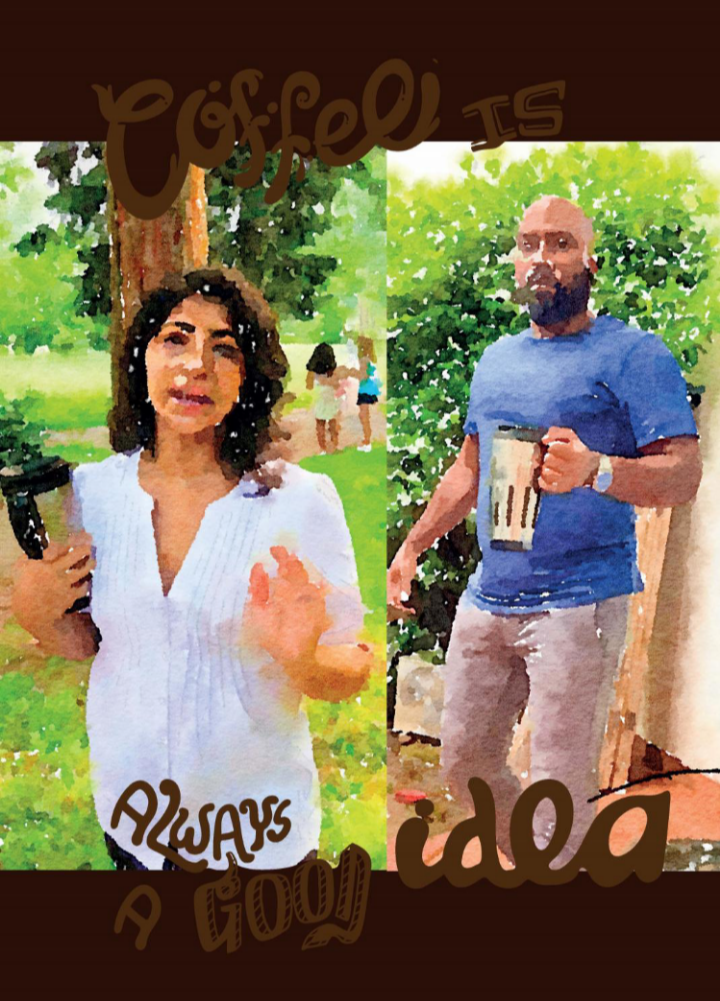 After a lifetime of drinking tea in India, my parents moved to the United States and switched to coffee. Their coffee, they proclaimed, was the best. They felt everything they did was superior, so this was no surprise. They bought a grinder to pulverise their beans, invested in a pricy coffee maker, and spent decades obsessing over their fine brew.

It was only later that I realised my parents weren’t connoisseurs.  In fact, my dad prefers his coffee at a strength somewhere between piss and dishwater. Yet to this day, my dad starts his mornings making coffee, and both my parents feel unstoppable.

I didn’t begin drinking coffee until I moved to Brooklyn after university and worked as a paralegal in Manhattan. I would hold a cup during my commute, feeling very adult and important as I evaded the groping hands of the subway perverts. The coffee tasted horrid. I added fat free milk to it which was icky, but it was the late 90s, the era when Americans collectively waged war on fat.

Over time, I grew accustomed to the bitterness. I switched to decaf during my first pregnancy, determined my eldest would be delivered pure, angelic and addiction-free. By my second pregnancy, exhausted with the demands of a toddler, I switched to half-caff, figuring Baby 2 would be fine with a touch of caffeine coursing through her veins. And by my third, drowning under the demands of two toddlers, I switched back to plain old coffee. Standards dropped, and corners were cut, as is the way with every last child.

I took care of my husband and children while our family was young. I fed them. I cleaned our suburban New Jersey house and started each day with a cup of coffee that I made myself. About a decade ago, we moved to Nigeria. Although my life changed in innumerable ways, my daily coffee habit persisted.

My husband always sourced coffee for me when we travelled. In Lagos, however, he left me to my own devices. On days when I felt ill or tired, I still had to drag myself to the kitchen to sort myself out.

Then came the pandemic. I felt helpless, so I threw myself into caring for my family. I cooked, cleaned and childminded each day until I was half dead with exhaustion. I ate and drank too much to cope, and I began feeling raw, burnt out, used up.

By trying to be the best mother and wife I could be, I neglected myself. My husband and children, struggling so much themselves, seemed oblivious. I wondered, why was it so difficult for my family to see me as someone with needs of her own?

I grew resentful and depressed. And then one morning I came downstairs and my husband was already awake, staring at the coffee tin and a measuring cup in confusion.

I sank onto the kitchen floor and watched, astonished, as a man who has never drank coffee, spooned and stirred and poured. He jerry-rigged a filter out of a paper napkin, which was worrisome. He used the microwave at several points, which was even more alarming, then added a spoon of cream at the end. He sipped from the mug thoughtfully before handing it to me.

“What do you think?” he asked.

I steeled myself. I love my husband and didn’t want to hurt his feelings over what was no doubt well-intentioned but putrid.

I had my first sip and my eyes widened. My husband’s coffee was amazing. It was smooth and rich, the perfect temperature. It was unsweetened yet had subtle vanilla notes. “It’s the best coffee ever,” I cried.

“That’s because I filtered it so many times,” my husband said, nodding. “I did my research.”

Now my husband is in the kitchen each day at dawn making my coffee, and I realise what my parents never did. What matters isn’t the technique or the beans involved, as they believe. My husband’s coffee tastes delightful, it’s true. But what makes my daily drink the best coffee ever is the love, nurturing and concern for me that is infused into each drop.