My obsession with netball began at the age of eight and has never really abated. I can honestly call it an obsession, when even on my husband’s birthday, I was secretly plotting ways to sneak out and go for training. Whilst my attitude is no longer do or die, netball is definitely an intrinsic part of my identity. How else can I explain the fact that I was back playing my beloved game on the first Saturday of the week I moved back to Nigeria. I won’t bore you too much about the origins of the sport but suffice to say that YES it is similar to basketball and NO it most certainly is not Volleyball or Handball unless by that you mean it involves a ball as well!! 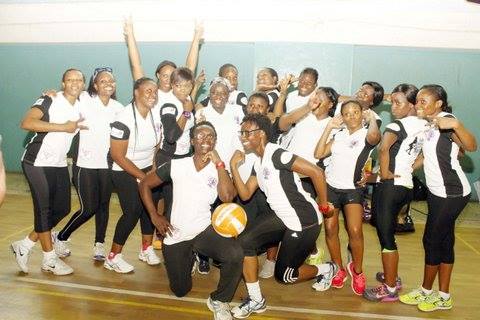 play it. So how did I satisfy my obsession? Well, let’s just say if I’m obsessed, then I’m afraid my sister is fanatical. As soon as I stepped off the plane, she was waving a pair of trainers at me and rambling on about getting a team together. I think the sweltering heat as I left the airport affected my grey matter to the point where I was nodding and smiling inanely at everything she said. By the time I was back in air conditioning heaven, I put the brakes on. Easy Tiger! Play netball? Just the two of us? Not only boring but really booriiing! Wesley Snipes and Woody Harrelson we ain’t and this sure wouldn’t be like the film ‘White men can’t jump.’

However by roping in every Tola, Dupe and Boye we could find, we did play some sort of netball. Our solution to any doubting Tomasina was: ‘Can’t play? Not to worry, we will teach you, just COME!!’ Throw in some very indulgent sisters in law, our poor husbands, four brothers and a few friends we discovered had played netball many moons ago and Bringing Netball Back (BNB) Club was born. That was two years ago and the men have since been relegated to cheerleaders. The club has over 40 members who now get the chance to play netball on a regular basis.

Why do I still love this game and at my age no less?!! Well I could tell you that I’m from a crazily competitive family, or I love eating but hate dieting or even that it keeps me fit, my buns impressive and that I think I look HOT in leggings!! But the truth is netball makes me feel GREAT. It is like being part of this super incredible, subhuman machine that is more powerful and more awesome than its individual components. You get to experience moments of pure magic on the court like executing a ‘Maradonna moment of sublime perfection’ (not the hand of god), or when the opposition gasp at the sheer brilliance of your team play. It is that BUZZ that keeps me going in spite of my dodgy knees much to the dismay of my parents. Socially, it has been a wonderful way to make new friends in a country I haven’t lived in for over 30 years.

The best part about my netball family is discovering that there are many like-minded, netball obsessed women out there. You’ve just got to find them. I know I have!! 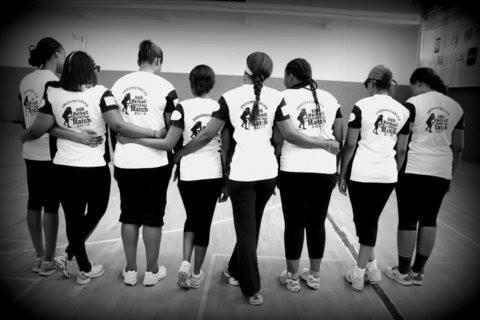 Come and cheer us on as BNB takes on Abuja Netball Diehards in a CLASH of the TITANS on December 6, 2014 at the Mobolaji Johnson Sport Centre, Off Herbert Macauley, Yaba, Lagos from 9am if you want to see me fly.