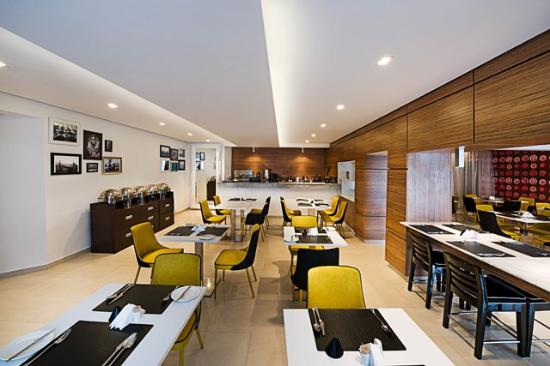 An inspired Afro-Continental culinary experience featuring a mix of well styled local and international dishes, from the known to the unexpected, but all meeting various desired dining experiences.

Dining at La spiga was a terrible experience. The Hoisin beef salad was horrid, they had smothered the beef in way too much hoisin sauce so it was way too sweet. There were huge chunks of onions and tomatoes that the chef couldn't even be bothered to chop into pieces. Literally just sliced off a portion of the onions and tomatoes and dumped it into the bowl. It was awful. The main meal was a continuation of the crap presented as a starter. The Jollof rice was tasteless (pilau rice indeed), the plantain was at least ok even though it arrived cold. The menu mentioned that the meal would come with peppered chicken but somehow arrived with goat meat and it was horrid. The waiter just said "sorry i should have asked". Meanwhile the only option was peppered chicken so asked me what exactly? Pathetic. Finally for dessert, nothing was available except ice cream and even that should have had three different flavours and instead came with two. Service was also poor because I asked for the bill a few times and 30 minutes later we had to walk to the bar to settle the bill there. I will definitely not be going back to La Spiga for anything. Save your money. In Simon Cowell's words, "It's a no from me".